Super Mario 64: Disk Version is a planned re-release of Super Mario 64 that was intended to boost sales of the ill-fated Nintendo 64 add-on, the 64DD. Its existence was speculated for several years until 2014, when a prototype was discovered. Since then, the ROM has been released to the public. 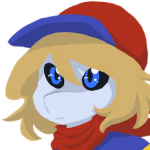